Five years ago, I had just gotten back from WWDC 2016.

It was a year where I really got more into the events surrounding the conference, despite not really attending “WWDC”. I went to various shows, podcasts events, and was able to meet incredible people.

During that week, in a night I probably stayed out too late, I ended up missing my move goal by 7 calories. 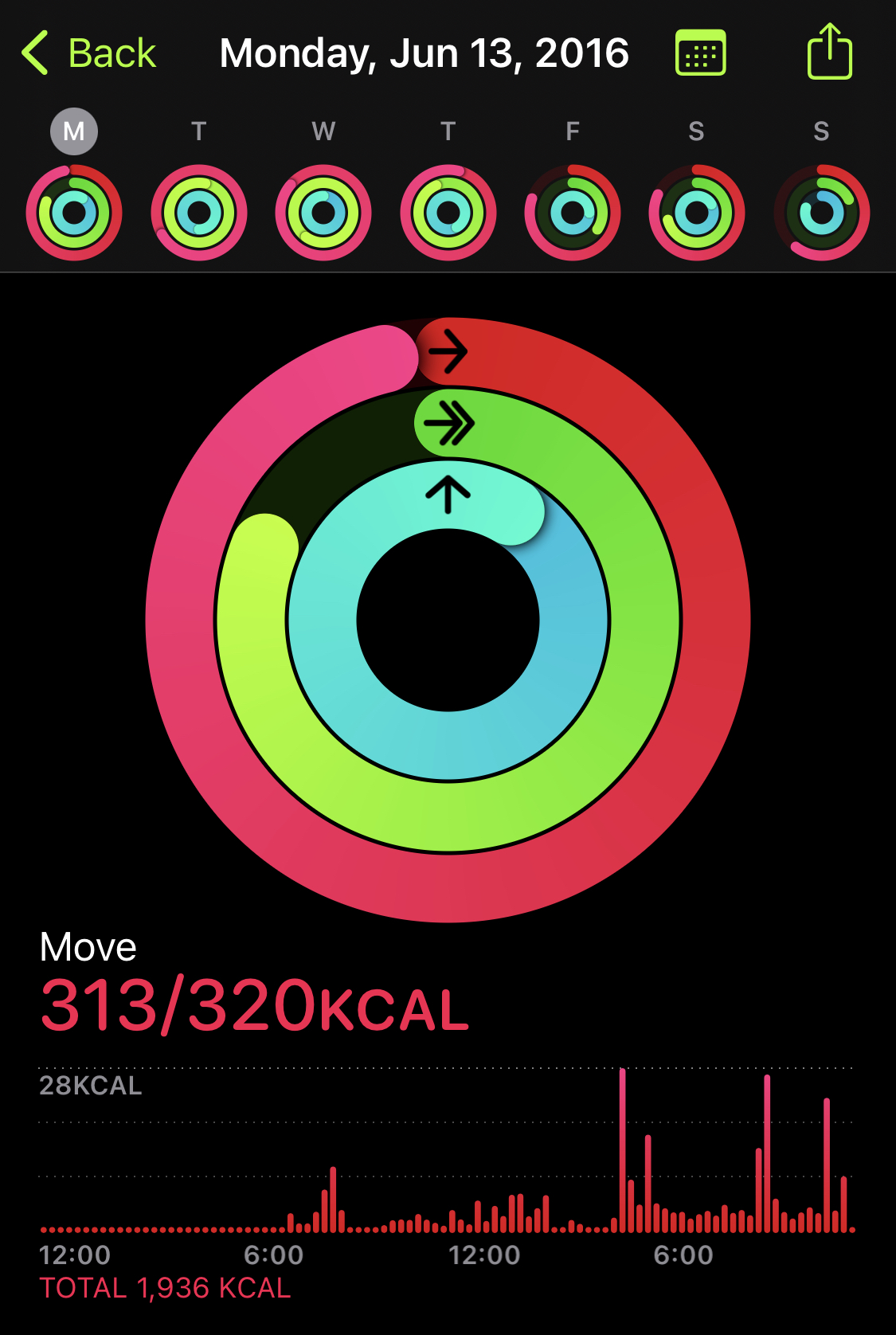 At the time my move streak was somewhere in the 90s, but I was still super sad and disappointed. Here I was at an Apple-focused week, and I somehow forgot to #CloseMyRings.

The same week I had the very great opportunity to meet some people who would later become my teammates and colleagues. I mentioned my silly mess up, and someone remarked how “There’s people that have a year streak going!”. And I thought… I could do that.

So after a week of mulling around and not closing any rings at all, or doing any workouts, I started.

And I haven’t stopped since.

One year was a monumental milestone for me, and that became a cameo in an Apple ad. I continued for the next year and hit two years.

I kept it going through multiple road trips, vacations, watches and iPhones. I learned to love different ways to close my rings - like getting into Yoga, swimming in the Pacific or hiking in desert forever.

It has become a point of sanity for me, especially during this last year where staying active has kept me feeling alright despite the world being on fire.

As always, thank you to anyone and everyone that’s helped with this product. It’s changed my life for the better, and streak aside, I live a healthier and fitter lifestyle because those damn rings are so addicting. And honestly, I owe my career to my ignited passion for technology and health & fitness, and how the intersection of those two (three?) can help improve people’s lives, including my own. I’m proud to call y’all colleagues and friends.

See you next year. 😜

crashing, rummaging in the background

Since I started using the Apple Watch, and focusing on closing my rings, I've used a handful of various apps for things like yoga, strength training, and even meditation. They all are pretty neat, but none of them have been super great with HealthKit. Some of these may have a watch app, others may work with the Fitness app in some ways, but I often found myself watching the instructions on my iPhone or iPad, while manually starting a workout on my watch.

Having an offering straight from Apple, with the integration level that Apple can achieve with the Apple Watch is super exciting for me. Not just for the simplicity of it connecting to the Fitness app and tracking the workout, but because of the expertise Apple has built up with their amazing team. Apple's spectacular Fitness programs at WWDC have been one of the many reasons I'm excited to have Fitness+ - Apple has a large team of trainers that know what they're doing, with years of expereience, and now it's all built into the Fitness app

So check back in a few weeks - I presume I'll thoroughly enjoy yoga, HIIT, strength training, and even the mindful cooldown workouts from Fitness+. Compared to my regular workouts of just high intensity cardio, the variety offered by Fitness+ will also hopefully make me a more balanced athlete overall.

Zac was kind enough to have me on his new Watch Time podcast.

On it, we discussed various parts of my fitness and health journey and how it's affected me personally and professionally. I am really proud of how it turned out, and am super thankful Zac had me on.

Go give it a listen!

If you're like me, you may be the person in your family that's always helping with technology. And the one setting up devices and services for other family members.

Recently, I finally bumped up against my 200GB iCloud sharing plan. Not wanting to pay for 2TB when I'm barely going to push 200 GB, I looked to join the family sharing account I had set up for my parents and siblings. However, because of how the accounts are set up, I was worried that my app purchasing habits [compared to theirs] would cause issues with the "Primary Payment Method".

If you join as a family member of a Family Sharing account, usually all purchases go through the primary member. This honestly is great for a family with kids, but falls down when there are a bunch of adults taking advantage of shared iCloud Storage or Apple Music.

Thanks to the Apple Support Twitter account, and my habit of buying iTunes gift cards on sales, I found an interesting way to join a family sharing account, but allow say, a particular family member, maintain their different spending habits. Especially if you're like me and tend to buy a lot more apps/music/subscriptions than your family members.

The solution? To allow charges to go directly to your account first, maintain an "Apple ID balance" on your account. By using iTunes gift cards, or just reloading your account through the App Store Account page, you can load money on your personal Apple ID to pay for your subscriptions and purchases. Your Apple ID will always default to this balance before charging the primary family member's account.

I've just started using this, and it'll be interesting to see how receipts work, but I'm glad that I can join a family sharing account, and enjoy the benefits of shared media/purchases, but without having to worry about trying to balance any payments made by the primary account holder.

Update: 2/20/19: Apple has updated the Developer Support site with documentation on Two-Factor Authentication.

Apple is now requiring Developer accounts have 2FA turned on as a security measure.

This has led to a lot of confusion because a lot of developers have separate accounts for good reason. Here’s how you can add your developer account to your device to get authentication codes.

Despite the account being labeled as ‘inactive’ on that account screen, you have added your device as a “trusted” device capable of receiving two-factor authentication codes.

I did this process after I had activated 2FA on my developer account. But you should be able to sign in this way, then go to appleid.apple.com, and enable Two-Factor Authentication there.

Edit: The one problem is enabling it in the first place - the easiest way is to create a temporary user on your Mac and enable it there, but damn if that isn’t a clunky solution.

in 2017, it was the coolest thing for me to personally be in a testimonial video for the Apple Watch. It showed me how much Apple really cared, in their external and internal messaging, about how the Apple Watch changed people's lives.

It makes me super happy to see even more stories on Apple's Close Your Rings page. All of these videos show unique and interesting people, all striving to do the same thing - close their rings and live a better day.

Check out these stories! They really are neat, especially when it's from every day people like me and you, to professional athletes that enjoy the watch's fitness and connectivity features.

Also, check out Zac Hall's piece on his continuous journey on improving his mental and physical health with the Apple Watch.