I got a fancy new bike computer yesterday - I want to get more serious about biking, and with the bike computer, I can use Strava to help me with that.

I tested it this morning with Wahoo's app, Strava, and Activity.app. I wanted to see the type of data I got from each, and how they played out overall. 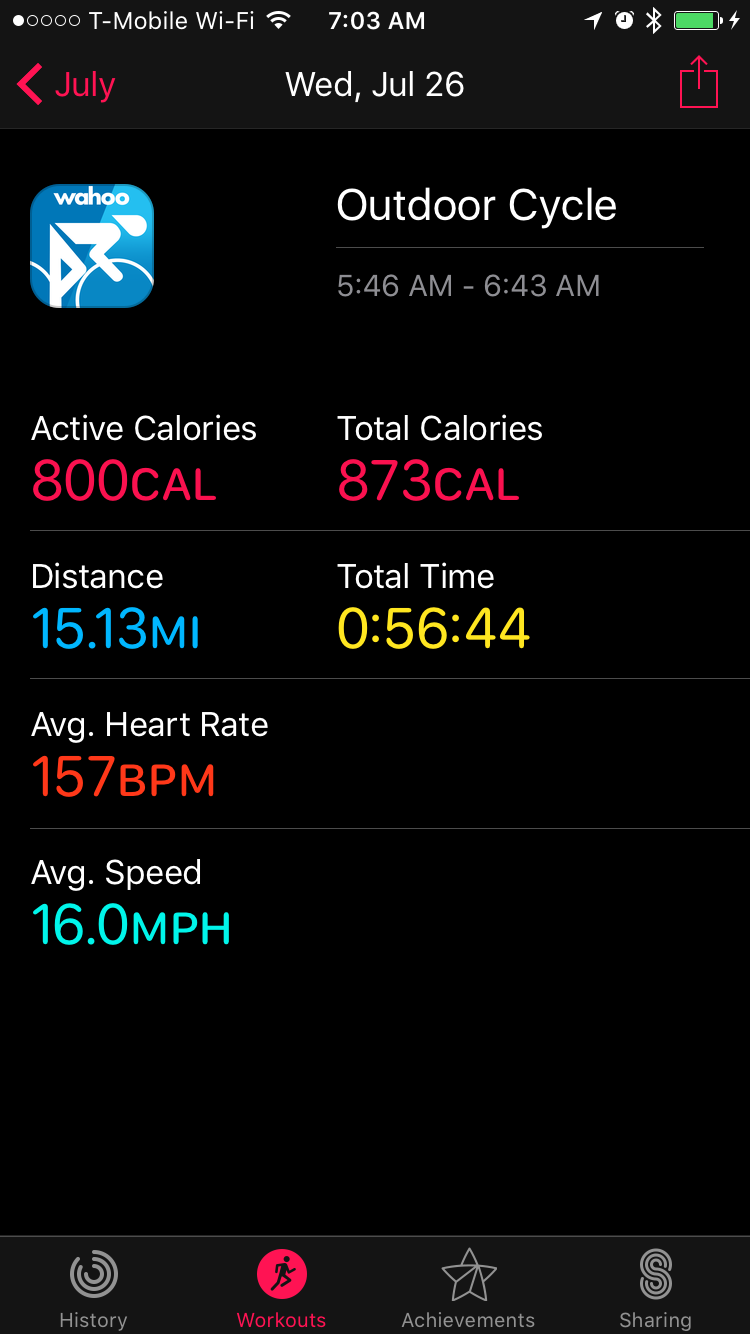 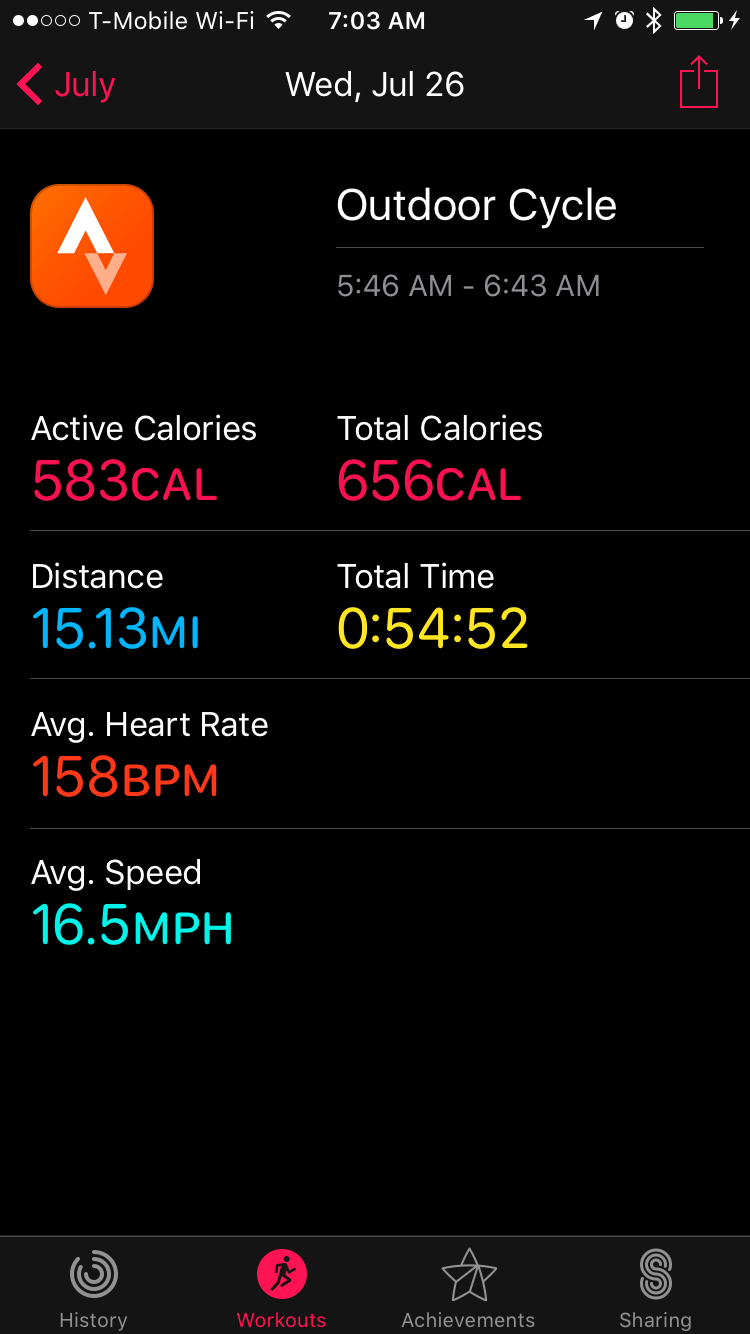 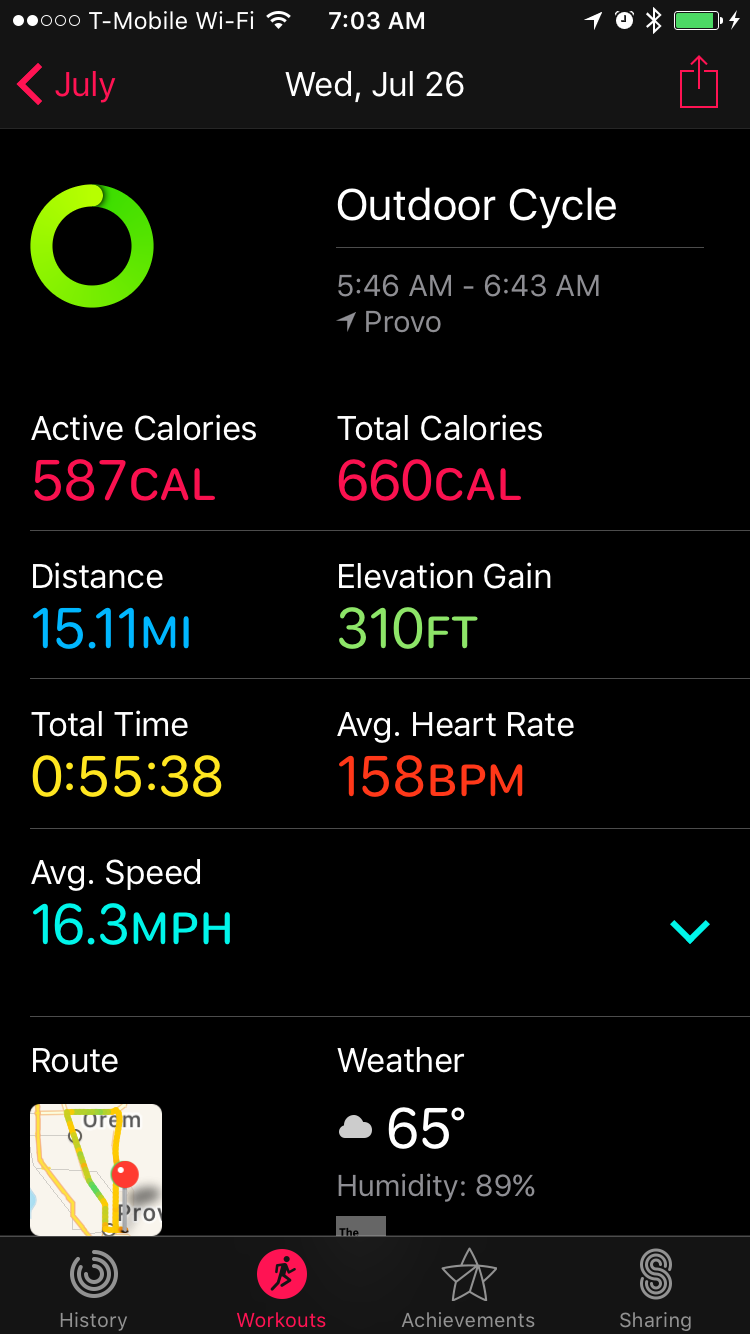 For this ride, I had my HR monitor paired simultaneously to my Apple Watch and my bike computer, and my bike computer fed the GPS data to Wahoo which then fed to Strava. Activity obviously has the most data, because it's the built in solution offered by Apple. I don't know if the new HKWorkoutRouteType in iOS 11 would allow apps like Strava or Wahoo to write a map here in Activity, (retroactively would be even better) but it certainly would make third party apps feel more native.

Wahoo's calories seems... a little high. I was impressed that Strava and Activity were within a few calories of each other, and super glad that they were, since I've had issues with them being similar in the past. But I have no idea how Wahoo shot so high when all 3 sources have the exact same speed, and HR data.

Overall, it's interesting to see three different apps use the same data and take it differently. I think in the future, I'm going to have to use Strava's data whenever I'm biking, since it provides a social experience, still updates my Apple Watch rings, and allows third party apps like Gyroscope to pull out map data.

EDIT: Well, for some reason, neither Strava or Wahoo write HR data to Healthkit. Strava doesn't write HR data at all, and Wahoo seems to sporadically log samples...

This also allows me to bike without having to worry about my Apple Watch battery... which at the moment is pretty crap.